What do you use for light at night? What do you use candles for? How much do you spend on candles a week? These were some of the questions we asked villager after villager on our trip to Pa Sak last week when we went to conduct market research for the Border Green Energy Team’s (BGET) spin-off company, SunSawang. SunSawang is slated to be a for-profit, solar electricity service company, whose mission is to provide solar products and services to rural villages of Thailand. As background, in 2004, the Thai government sponsored a program that gave villagers across Thailand photovoltaic solar home systems (SHS) in exchange for their electoral support. However, the program did not provide any maintenance or training for the SHS systems, and consequently, some of the systems are now useless; their photovoltaic panels are functioning, but the battery has expired, the inverter has malfunctioned, and/or the controller has failed. SunSawag’s plan is to fill the service gap for these existing systems while offering additional products to create a sustainable energy source for rural areas.

Having spent much of my fellowship with BGET working on my computer in Mae Sot drafting SunSawang’s business plan and writing proposals and reports for BGET, I was super excited to get out into villages to do some market research. Early Thursday morning, Antonia (another MAP fellow), M, Htoot, Jobson (all BGET staff), two Karen translators, and I piled into a truck and drove the three hours north to Pa Sak. The drive was fun; we listened to M’s music while we passed by the Mae La refugee camp, turned off the highway, then bounced and sludged our way down the long unpaved road that snaked and bounded through the jungle and out to the village. The highlight of the drive was when we had to ford a river to continue on our way– a foot or more of water rushed at the truck as we bumped across the river’s rocky bottom. This was the trip into Thailand I had expected: rice fields, sugar cane, and lush green mountains! I couldn’t help but smile the whole way there. 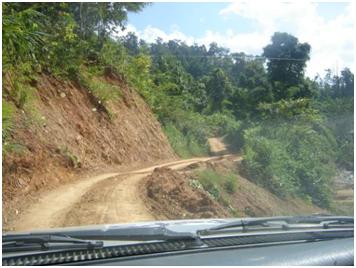 The road to Pa Sak.

We spent two days in the village going from house to house asking villagers if they would be willing to take our survey. Some declined, but many were more than happy to oblige. The results were fascinating. Honestly, I half expected to eventually be bored out of my mind repeating the same product ranking exercise and questionnaire for the umpteenth time with person after person who spoke a language I don’t understand, but surprisingly, I was far from it. It was crazy how much I could understand without knowing Karen (my Thai is spotty at best, but my Karen is pretty much nonexistent). At one point, I remember realizing, “Oh wait, I don’t actually know what he’s saying.” I had been so wrapped up in observation of the villager’s expressions and gestures that I already understood his position and forgot he was also speaking. I was even able to tell that our translators and the villagers were occasionally having trouble communicating because differences in eastern vs. western Karen (Htoot confirmed this later). It’s pretty amazing how much communication can be accomplished without words. 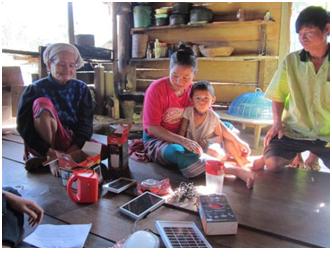 The second thing I found fascinating, coming from a product design firm position prior to my fellowship with BGET, was the complete failure of many of the intended product “design cues” of the products we were researching. As part of the market research, we had the villagers use, then rank, four PV-powered lanterns designed specifically for the developing world. Through this process, we watched villager after villager struggle to simply turn on the product. Villagers were carefully placing products on the ground upside-down, they had trouble plugging in charger cables, and they were unimpressed or joked about some of the product features. What had seemed so obvious to us was not necessarily intuitive to them. However, once over the learning curve, the villagers were shrewd assessors. They were highly critical of the product’s function, and quality and lifetime questions came up most frequently. An interesting trend that emerged from the data was an association of product quality with product cost: the most expensive product was often regarded as having the highest quality. This decision making process was the opposite of what I anticipated. I expected people with limited economic means to prefer the cheaper product; the one that did not cost a significant percentage of their annual income. But instead, the villagers were more concerned with getting lasting value for their money – good to know when SunSawang finalizes its pricing strategy. 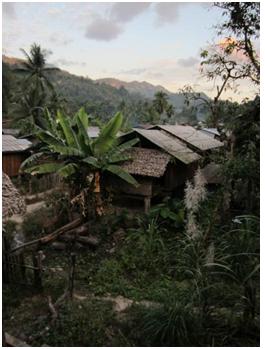 All and all the market research trip to Pa Sak was an interesting and excellent change from a computer screen and the city streets of Mae Sot. The results will be valuable data for SunSawang as it moves forward in its product offering decisions. One market research village down, more to go…